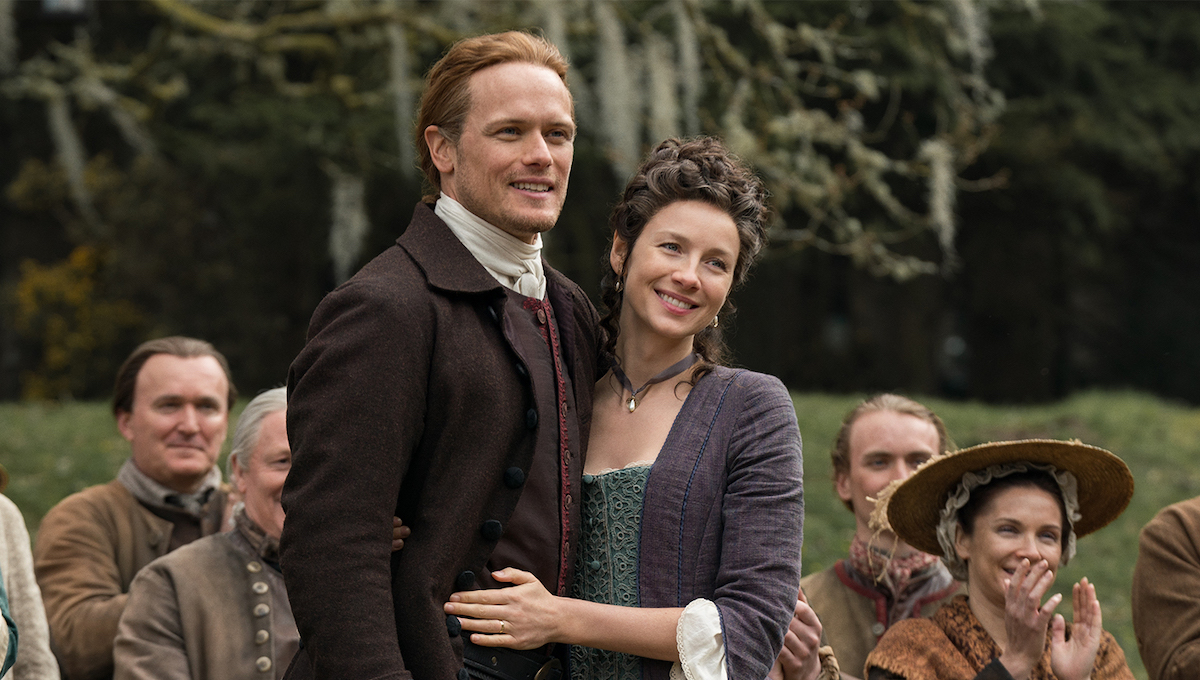 Outlander is long overdue for a discussion on Sci Fi Fidelity even though some might argue it’s more of a historical drama than a science fiction offering. However, we couldn’t resist sparing the time to admire the time travel implications of the first few episodes of season 5 which has main character Claire increasingly dismissive of any consequences her life-saving measures might have on history as we know it. For that reason alone, it deserves an episode of the podcast, but we also acknowledge the success of the show given how long it has lasted and found a sizable fandom on Starz.

Before we dive deep into the first two episodes, as is our wont, we take some time to look back at the story that has led Outlander across two decades and as many continents. Claire Randall’s time as a World War II surgical nurse has served her well over the seasons, and her relationship with highlander Jamie Fraser has stood the test of time and periods of separation. In fact, it’s the passage of time that led to their daughter Brianna being born, which has been a key part of their relationship and a central part of season 5 thus far.

After Outlander’s Scottish origins, it has been interesting to watch the show explore American history more recently. The drama within Fraser’s Ridge and Jamie’s dilemma of cooperating with the redcoats while remaining true to his roots and his countrymen who defy the unfair rule of the British provides a majority of the compelling conflict of the show, while Jamie’s relationship with his godfather Murtagh is a huge source of tension for the viewers. We spend some time figuring out the best course of action for both of the headstrong Scots while acknowledging that trouble lies ahead regardless of what happens.

But it’s the fact that Claire is willing to disregard what might happen to history if she invents penicillin a century before its time that captures our time travel loving attention in the podcast. We applaud Brianna’s sense of caution while understanding that Claire places priority on saving lives, not preserving any kind of timeline. Time travel is also at one of the core decisions the family needs to make: whether or not to send Brianna and Roger back to the twentieth century for the sake of their child.

Happy Valley Series 4 Won’t Happen, and That’s Perfect
The Last of Us: How Long Does It Take to Beat the Games?
Peppa Pig’s Best Jokes Snuck In Just For Grownups
Hogwarts Legacy Review Roundup: Is This the Dream Harry Potter Game?
The Best Super Bowl Commercials Featuring TV Shows