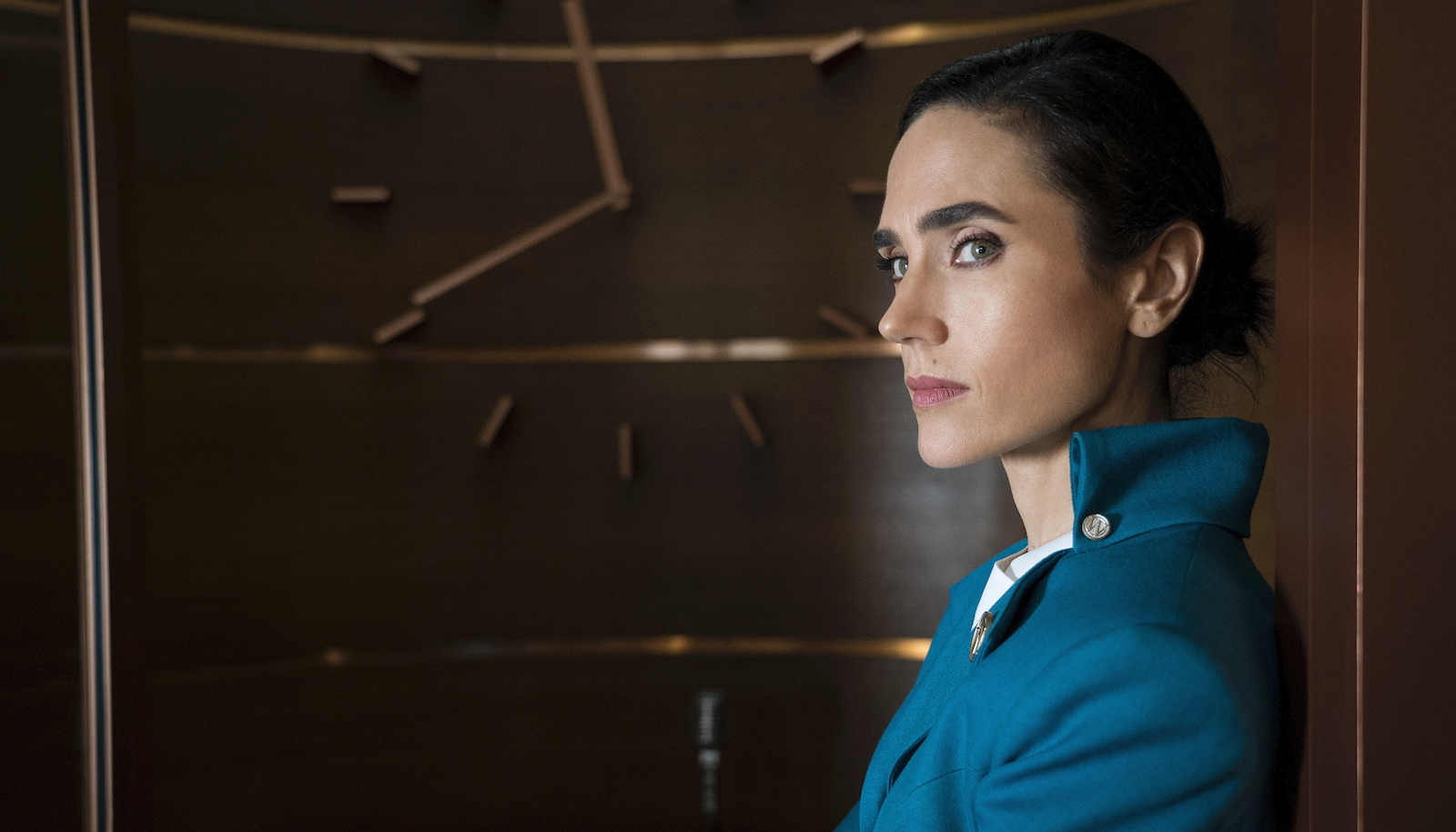 Discerning television viewers are right to be skeptical about the idea of adapting the sci-fi film Snowpiercer for the small screen, but once they see the depth of emotion and heart-pounding action of the ten episode series that begins on TNT at 9pm ET on May 17th, their cynicism will disappear. This is not just an attempt to capitalize on original screenwriter Bong Joon Ho’s popularity after he won the Oscar for Parasite, nor does the series seek to recreate the same plot twists and shocking reveals of the 2013 movie. Although the idea of a world-circling train as a method of surviving a frozen apocalypse is still fairly outlandish, accepting the premise at face value opens up a world of possibilities for exploring class conflicts, life-or-death survival scenarios, and hidden conspiracies that create a most compelling drama.

It doesn’t hurt that Snowpiercer features top-notch performances from Tony winner Daveed Diggs and Academy Award winner Jennifer Connelly among others. Diggs as Andre Layton represents the tail of the train, in which non-paying stowaways who stormed Snowpiercer on launch day are treated as slave labor with no human rights, and Connelly as Melanie Cavill is the hospitality director at the front of the train who needs Layton’s unique skills as a former police detective to solve a murder in third class. Right away, the tensions between the elite of first class and those whose lives appear to matter less draw us in as we get a lay of the land along with Layton, who has never been outside of the caboose.

But if Snowpiercer were just about the class warfare and the murder mystery, it could not be considered a complete success. To the show’s credit, the focus shifts skillfully between small details revealed during the investigation that turn out to be much more important than they appear at first, and the audience quickly realizes the stakes are much higher than simply imprisoning the wrong person or providing a way out for those in the tail. Not only are there questions about the prison system itself but also about the wisdom of Mr. Wilford, the mysterious and reclusive engineer of the train, for allowing a “tailie” detective to conduct interrogations of paying passengers.

And that’s just for starters! Then there are the inevitable relationships that blossom aboard the train, both forbidden and otherwise, to add passion to the drama in Snowpiercer. Although the entanglements we find Layton in lack chemistry in some respects, others, such as a fiery cross-class romance between a “thirdie” brakeman (think beat cop) and a sushi chef in second, are more successful at igniting our interest. And they’re not just there for the sake of personal drama either. In fact, Melanie’s own hidden relationship provides a wonderful test of loyalty late in the series despite initially appearing as a simple release of tension for the beleaguered director.

The Portable Door: Sam Neill and Christoph Waltz star in new fantasy
Hogwarts Legacy: Every Spell In the Game
Hogwarts Legacy Controversy Explained: Why Are People Boycotting the Game?
The Night Court Revival Isn’t The First Time It Returned to NBC
What Better Call Saul Got Right