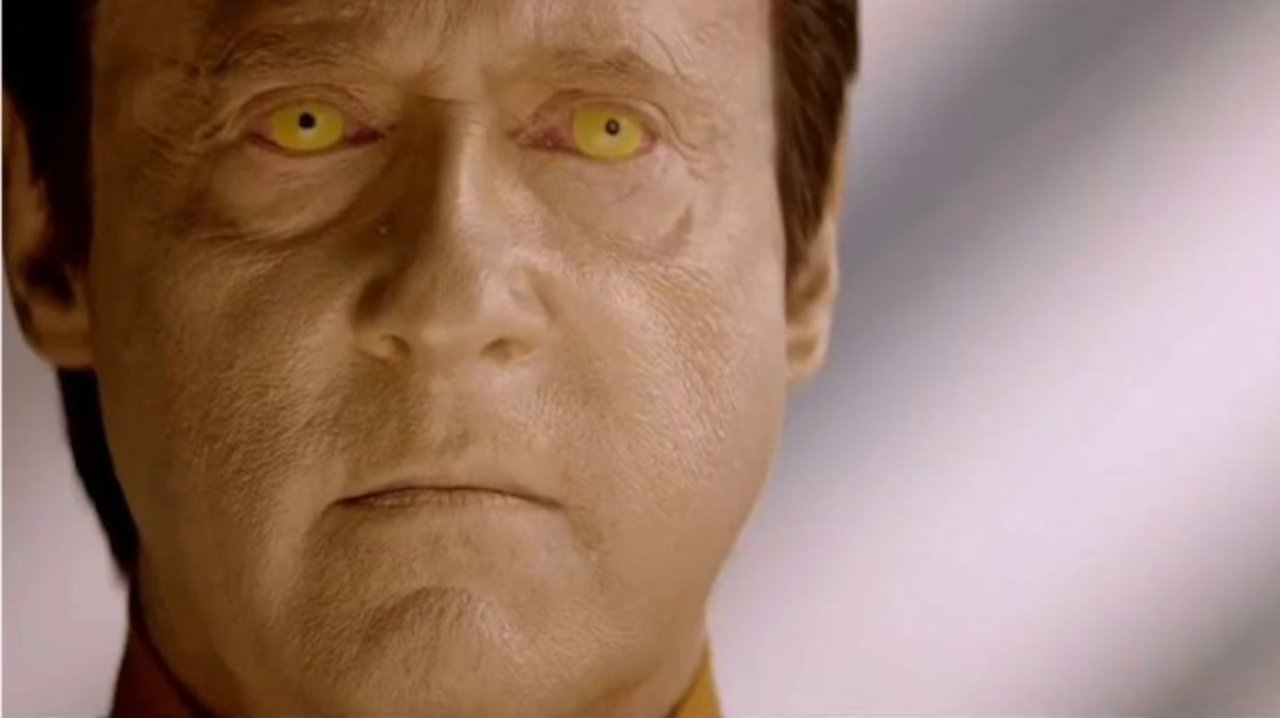 So what happened to Data again to get him dead? In Star Trek: Nemesis, Picard and the crew of the Enterprise-E had to stop Picard’s younger evil clone, Shinzon (Tom Hardy) from destroying the Federation with a deadly weapon composed of something called Thalaron radiation. Like many of the TNG-era feature films, Nemesis played out like a buddy-cop movie starring Picard and Data (Brent Spiner). They’re in nearly ever scene together in the movie, from driving a crazy space car across a desert planet, to a daring escape from a Romulan battleship where they have to fly a fighter craft through the hallways. So yes, Nemesis was like a Picard/Data roadtrip, and in many ways, Picard is a direct sequel to Nemesis.

Unlike Spock’s death-by-radiation exposure in The Wrath of Khan, Data’s death was more abrupt. When he and Picard were both hanging out near the Thalaron radiation generator on Shinzon’s ship, at the last second, Data uses a remote transporter thingamabob to beam Picard back to the Enterprise, before turning his phaser on the generator and blowing it, the ship, and himself into atoms. So, Nemesis made it clear: Data got exploded! However, the film left us with a glimmer that Data’s memories might have been downloaded into his slightly slower, and less- advanced android brother, B-4 (also played by Brent Spiner.) Data was singing the song “Blue Skies” at the beginning of Nemesis, and at the end of the film, B-4 was singing it, too. The message at the time was clear: Data’s personality could be reborn in B-4.

In 2009, in the 4-part comic book IDW event Star Trek: Countdown, Data was straight-up alive again, reborn in B-4’s body, and now was Captain of the Enterprise. Several novels supported this continuity, too, and as recently as the anthology comic book series Star Trek: Waypoint, Data was still alive and Captain of the Enterprise, only this time he was not only the Captain, but every single other crewmember, too! In the first issue of Waypoint in 2016, Data was running the Enterprise through a series of holograms of himself, with his basic positronic brain integrated into the ship’s main computer.

But now, that’s all been beamed out into the vacuum of space. In Picard, Data is still very much dead, and is certainly not running around as the captain of a new Enterprise. Now, even that last remnant of Data that existed in B-4’s brain is gone, put to peace by Jean-Luc in the Picard finale. Rest in peace, dear Data.

The Legend of Zelda Tears of the Kingdom: Where to Pre-Order the Standard and Collector’s Editions
Hogwarts Legacy: Every Spell In the Game
Peppa Pig’s Best Jokes Snuck In Just For Grownups
The Best Super Bowl Commercials Featuring TV Shows
Hogwarts Legacy: How to Unlock and Claim Twitch Drop Rewards