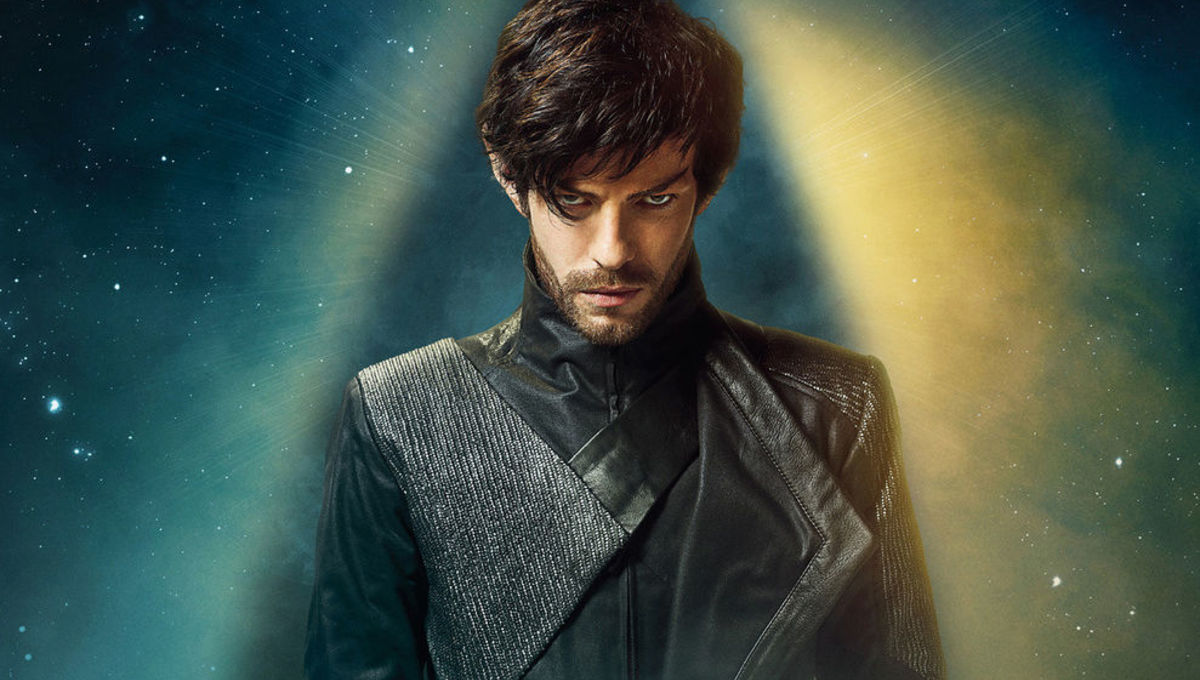 This is important bedrock for the tension in the relationship because it establishes they both have information to hold over one another. Soji strongly suspects Narek is part of the Tal Shiar, while Narek has a lead on the Romulan involvement with the Borg cube that Soji is interested in. This isn’t the case of one of them having to teach the other, or one holding the cards while the other follows along. It isn’t a healthy relationship, but it is a complex one, where both characters are clearly motivated to use the relationship to get the answers that propel the story along. They’re linked by a common “insatiable curiosity.”

They’re also relatively open about being secret-chasers-with-benefits. Soji’s bad dreams lead to a pillow conversation in which she asks whether he wants to hear about her dreams: “Because you care? Or because you’re endlessly fascinated with the way my mind works?” Her dreams are a symptom of her android programming, so the audience knows the answer is, at best, both. And that’s what the dialogue confirms, with Narek replying: “Do I have to choose?” Again, just because they have effective communication about what each of them really wants out of the relationship doesn’t mean it’s healthy.

The show doesn’t reward that relationship, either. In particular, the narrative does not pity Narek for his indecision. He has multiple chances to choose Soji over his mission or to join Picard’s team, and decides to stick with the Tal Shiar mission instead. This leads to two important resolutions in the finale: the end of the Soji/Narek dynamic, and the fate of both characters overall.

The conclusion of Narek’s story doesn’t paint him as a hero. Even the things that made him dashing are broken down: he has lost his role as a spy and appears bedraggled and unshaven. For a viewer who had some sympathy for the pressure his sister and fellow agent placed on him, or his status as a relatively inept spy, there’s still a chance to feel for Narek. But the narrative doesn’t reward him, and it shouldn’t. He isn’t painted as a hero stymied by an irrational or naive woman, and Soji isn’t a waif blinded to wider consequences by her attraction. Nor does the show try to save Narek from himself. All of those elements could be read into the relationship with a less adept script. In their last conversation, Narek tells Soji he loves her—and quite possibly means it. He’s clearly been lowering more and more walls around her, including giving her his true name.

She replies: “I know. What a sad and twisted thing you are. You disgust me, Narek. But not as much as I disgust myself for pitying you.” Like her thoughts, her words jump around through all the different emotions she’s feeling. The cold “I know” is more evidence of that clinical curiosity they’ve leveled at one another from the start. It’s followed by disgust for what he has done and how he has hurt her. And the pity—hateful but present—wraps up her confrontation of her own emotions.

Knock At The Cabin Review: Who’s there?
Snowpiercer, Infinity Train and Other Erased Streaming Series You Can No Longer Watch
The Last of Us: What Happens to Bill and Frank In the Game?
Mr Breakfast Review: Living your best alternative life
The Last of Us: Episode 3’s Final Scene Is More Important Than You Think