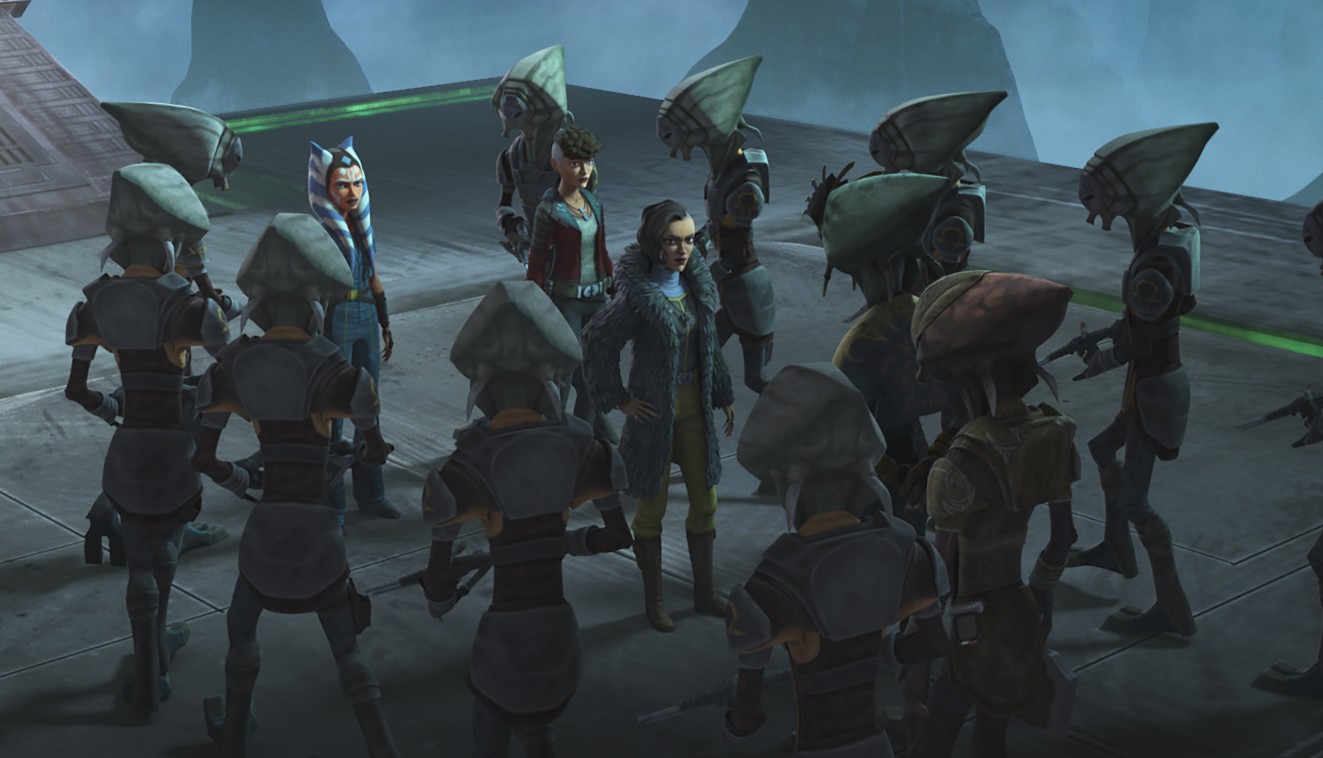 In the Legends universe

Since the description of the mines is based on the films, Kessel in the Legends timeline was pretty similar to how it appears in The Clone Wars. The factions fighting over it were the difference, with warlords and Imperials competing for control of the valuable spice. The space anomalies that make the planet hard to reach were slightly different, too. Instead of the maelstrom and space monsters that make the Kessel run such a harrowing place in Solo, Kessel is surrounded by the Maw, a cluster of black holes.

Oba Diah and the Pykes

The leader of the Pykes in “Deal No Deal” is Marg Krim, whose only other appearance comes in the novel Dark Disciple. The novel, which was based on unproduced scripts for The Clone Wars, describes him as wearing the star-shaped gold headdress he sports on the show. In the book, he is nervous, having inherited the Pyke gang in the middle of a potential crisis for the faction.

The Ark’s Sci-Fi Tropes Are ‘There For a Reason’
Hogwarts Legacy: Early Access Start Time and How to Join
The Last of Us: Who Is Kathleen In the Games?
Hogwarts Legacy Review Roundup: Is This the Dream Harry Potter Game?
“I will visit it, if Zorro is my age now.” Antonio Banderas on reprising his iconic roles