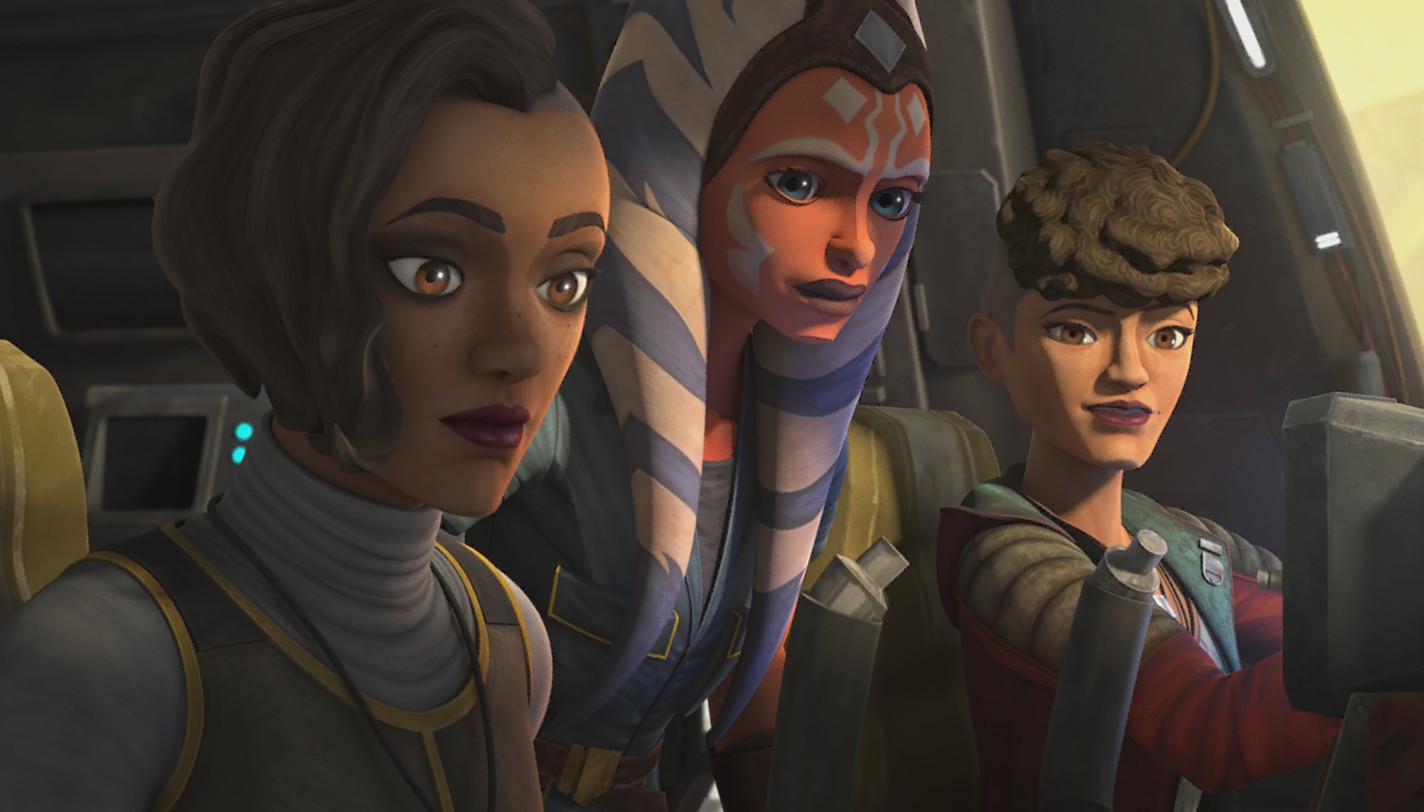 At first, it’s a little unclear what the audience is supposed to feel about Rafa. Is she manipulating her younger sister out of malice? Some of her lines sound like she’s trying to pit Trace against Ahsoka. Or is Rafa loving but desperate and willing to risk everything for a payday that might finally free both sisters from their debtors? By the end of the episode, this is cleared up. Overall, everyone had a very clear motivation, and while that sounds like a low bar, it’s a big accomplishment.

Trace is naive, overconfident, and deeply attached to her ship. Whereas Ahsoka reminded me of a young Luke Skywalker in “Gone With a Trace,” this week Trace feels like the farm boy from Tatooine. This smuggling job is the only chance Trace has ever had to escape Coruscant, and her terror is half about the destruction of property she worked hard to get and half unwillingness to go back to the dingy life she wants to leave behind. The gambler Rafa is willing to take chances, but ultimately loves her sister; it’s just that her world has shown her she only gets a handhold when she’s risking everything. She also doesn’t want Trace to come along on this mission in the first place. Ahsoka wants to do what the Jedi Order taught was right, namely not smuggling drugs, but outright ending the mission would put her new friends in danger.

Each character has to make hard choices based on what they most care about. The banter between the three, each with a competing interest, makes for a fun episode overall. Even the low-stakes conversation between Ahsoka and Trace in the very beginning feels more natural than a conversation in The Clone Wars usually does.

Ahsoka also has to confront a harsh reality: the Republic doesn’t stop slavery. People are stil enslaved on the planet Kessel, and Ahsoka remembers her own captivity on top of her general disgust for the negligence of the people she was supposed to be serving. Unfortunately, the episode can’t yet dig into how she feels about the Jedi since she’s still hiding her identity.

One particular moment does specifically address Ahsoka’s frayed connection to the Jedi. Her brush with Anakin Skywalker, whose psychic nod helps keep Trace out of trouble, could have been cheesy. It’s a bit convenient that Anakin happened to be stationed in the same traffic lane Trace accidentally steered into. But I found this scene unexpected and refreshing, in part because of the way it acknowledges the subtle awareness Jedi tend to have of each other’s whereabouts.

How to Get All Cyberpunk: Edgerunners Equipment in Cyberpunk 2077
This Forgotten Lord of the Rings Game Should Have Been a Great RPG Franchise
Call of Duty Modern Warfare 2: Best Guns and Loadouts
Best NES Emulators For Retro Gaming
Cyberpunk 2077: Is the Controversial Game Finally Fixed?