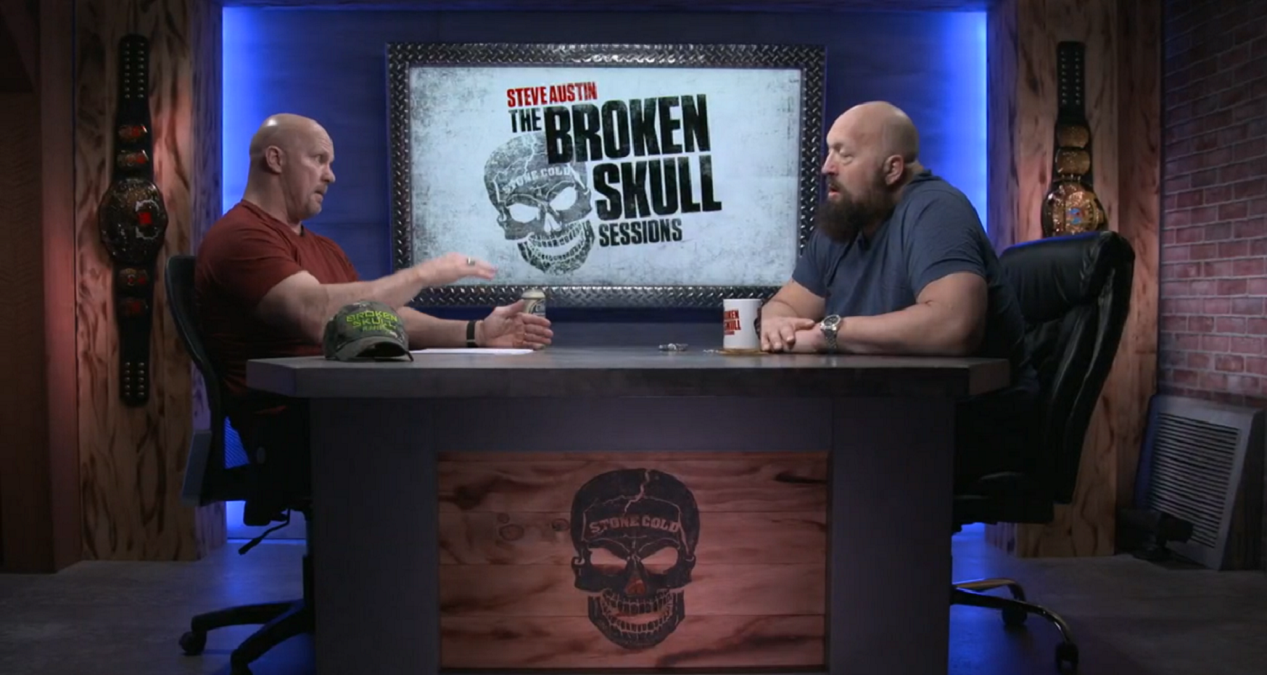 Former WWE champion, and arguably the biggest wrestling superstar of all-time, “Stone Cold” Steve Austin hasn’t done much scripted television since his retirement from pro wrestling in 2002. Austin has done his share of reality television and has also appeared in some movies while hosting his own successful podcast, The Steve Austin Show, on PodcastOne.

But the Big Show, who is starring in his own scripted sitcom on Netflix titled The Big Show Show, said that he has a verbal commitment from Austin for him to make an appearance in season two of The Big Show Show if the series gets renewed by Netflix.

“Well now that we’ve had a little bit of success, I think a lot of guys are willing to (to make an appearance),” Big Show tells Den of Geek. “When it’s an unknown product, they’re like, ‘Ah.’ But we’ll see. I mean, I did Broken Skull Sessions with Stone Cold who hates scripted TV. It’s just not his thing. But I got a verbal commitment that Stone Cold will show up here on the show. So Jason and I already have an idea for an episode with a Stone Cold and JJ, so we’ll work on that. If we get a season two, we’ll work on that.”

In the first season of the show, former wrestlers Mark Henry, Rikishi and Mick Foley all made appearances on the show, including sharing one episode where Big Show tried to take his wife on a cruise, only it was a “WWE cruise” that he was supposed to work and sign autographs. Obvious mischief occurred with Big Show and the other retired wrestlers on the boat.

The Last of Us: How Long Does It Take to Beat the Games?
The Legend of Zelda Tears of the Kingdom: Where to Pre-Order the Standard and Collector’s Editions
Hogwarts Legacy PC Performance Issues: How to Fix Frame Drops and Crashes
The Best Super Bowl Commercials Featuring TV Shows
Peppa Pig’s Best Jokes Snuck In Just For Grownups