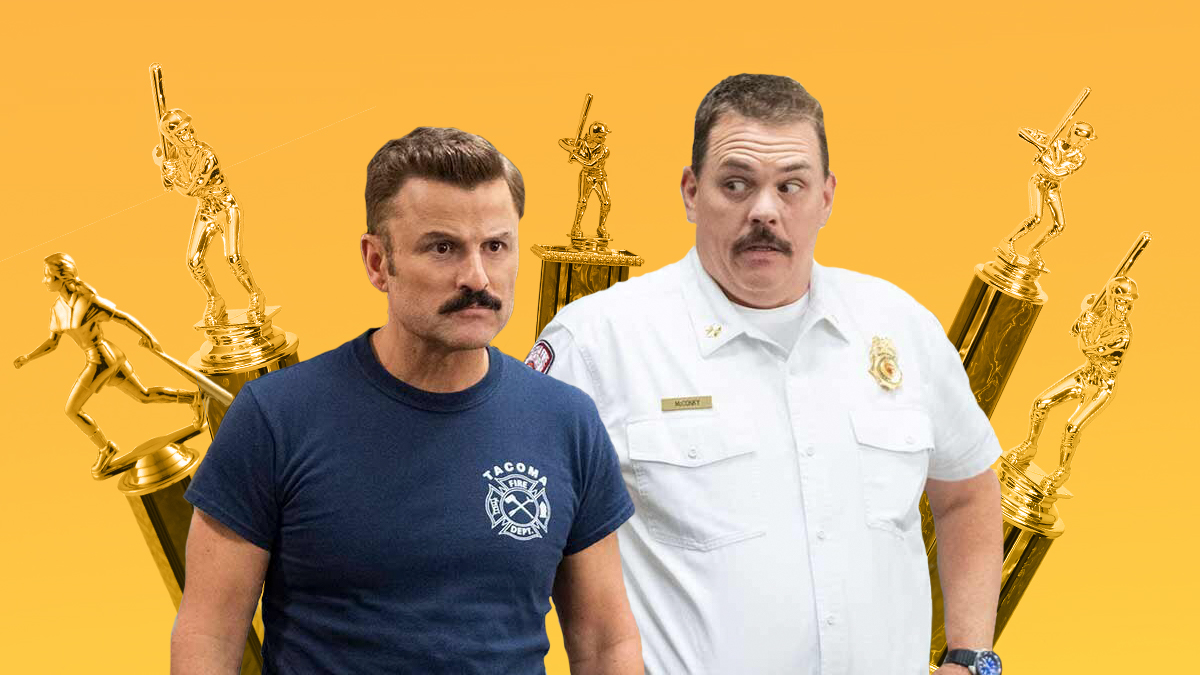 Lemme: I think one of the fun things for us in making TV is that there is a new episode each week. Whether you’re writing or acting or directing,  it stays fresh that way. I think the nice thing about wearing all those hats is that we’re in charge. What we say goes. And it’s very intoxicating, Chris, I’ll tell you that much. [Laughs]

But no, I think the first season was our first season ever of doing a TV show and we realized just how much goes into it. And essentially, this season we’re doing 13 episodes. We’re making three movies total, back to back. I think it’s just a lot of time management, a lot of preparation, but you have to enjoy what you do. We have a great time, we love the people we work with, our cast and our crew are all awesome. Much like real firefighter life, it becomes a family. And the family keeps growing so it’s just been a blast.

When you’re casting a workplace comedy or a buddy comedy on TV, it’s absolutely pivotal for the cast to have a strong chemistry together. What were you guys looking for in terms of casting going into season one to make sure that that firefighter unit really feels like a family, but also a really, really funny one?

Heffernan: Part of it was we needed some younger people, because you know, Lemme and I are getting a little long in the tooth. But that was part of it. Because now we’re the captain and the chief, it’s like we get the young guys in there. I think another thing for us was comedy skill. We’ve learned over the years it’s really great to put people in who are comedy generators. Guys who can do improv, and actors and actresses who can do improv. So the idea was to  search for those people who can help create the comedy. And then you’ll know that you’ll get more jokes than you have on the page that way. And you know that you’ll have people who are creating funny scenarios. I think that was the big thing.

The Last of Us Episode 4 Review: Don’t Cross Melanie Lynskey
The Best Super Bowl Commercials Featuring TV Shows
James Gunn’s Plan for DC Video Games Sounds Awfully Convoluted
Why Dragon Quest Has Always Been So Much More Popular In Japan
Snowpiercer, Infinity Train and Other Erased Streaming Series You Can No Longer Watch