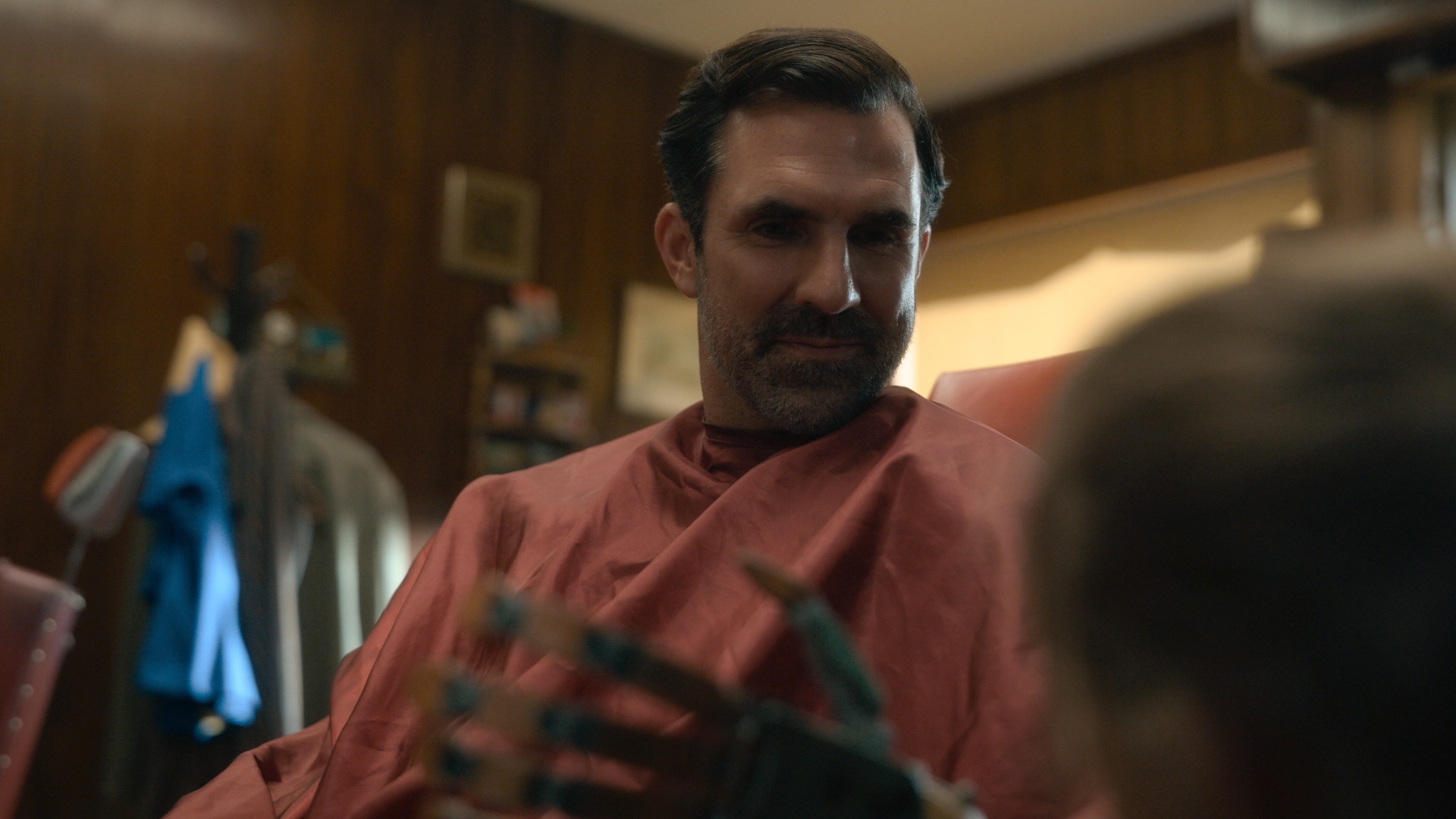 While the stories in each episode of Tales from the Loop have a sci-fi twist, whether with time travel or parallel universes or mysterious machines, they are mostly grounded in life in the town of Mercer, Ohio. The Willard family is center stage much of the time, but even then Paul Schneider’s character George Willard is often at the periphery, and that’s kind of the point. Russ Willard may be the founder of the Center for Experimental Physics that houses the loop, but George, as we found out when we spoke to Schneider about his role, is anything but the heir apparent.

In fact, it might seem at first like George’s mechanical arm is his most interesting characteristic, but an undercurrent of resentment lies beneath his awkward exterior. “I love the fact that George has a robot arm, but the thing that I was most attracted to in terms of his character is he’s desperate to become a father he’s never had,” says Schneider. “He works at the Loop [as] a physicist, and in many ways he’s following in his father’s footsteps. And that was absolutely the wrong decision. He’s like the dutiful son who realizes too late that he was following the wrong master.”

Part of the troubled father-son relationship has to do with seeing Russ be a better grandfather to George’s son Cole than he was a father, and the sci-fi framework is merely an entry point to these intimate stories. “It’s those kinds of extremely relative human emotions, human desires, and human experiences that I think lock people to Tales from the Loop. And I think it was very smart of [executive producer Nathaniel Halpern] to use science fiction to get us there and open the door,” says Schneider. “Once we’re in the room, then we’re just sitting and talking about things that we all can relate to like family or jealousy or wondering if your life has meaning… We all want to do something or be something. George wants to be something, and he doesn’t know quite what it is.”

Schneider was not familiar with the Simon Stålenhag paintings that inspired Tales from the Loop, but his understanding came quickly even before he started working on the show. “I had a few friends that are graphics artists, and when I mentioned that I was doing the show, a couple guys asked me, ‘Oh, are these based on the paintings?’ and I’m like, ‘Yeah,’ and they fucking bugged out! So I had some catch up on the paintings,” he shared. “I really like how the paintings are really a snapshot. Each painting is really pregnant with possibility that really ask you to think about what’s going to happen next or what just happened. It gets the painting to this specific moment that’s frozen.”