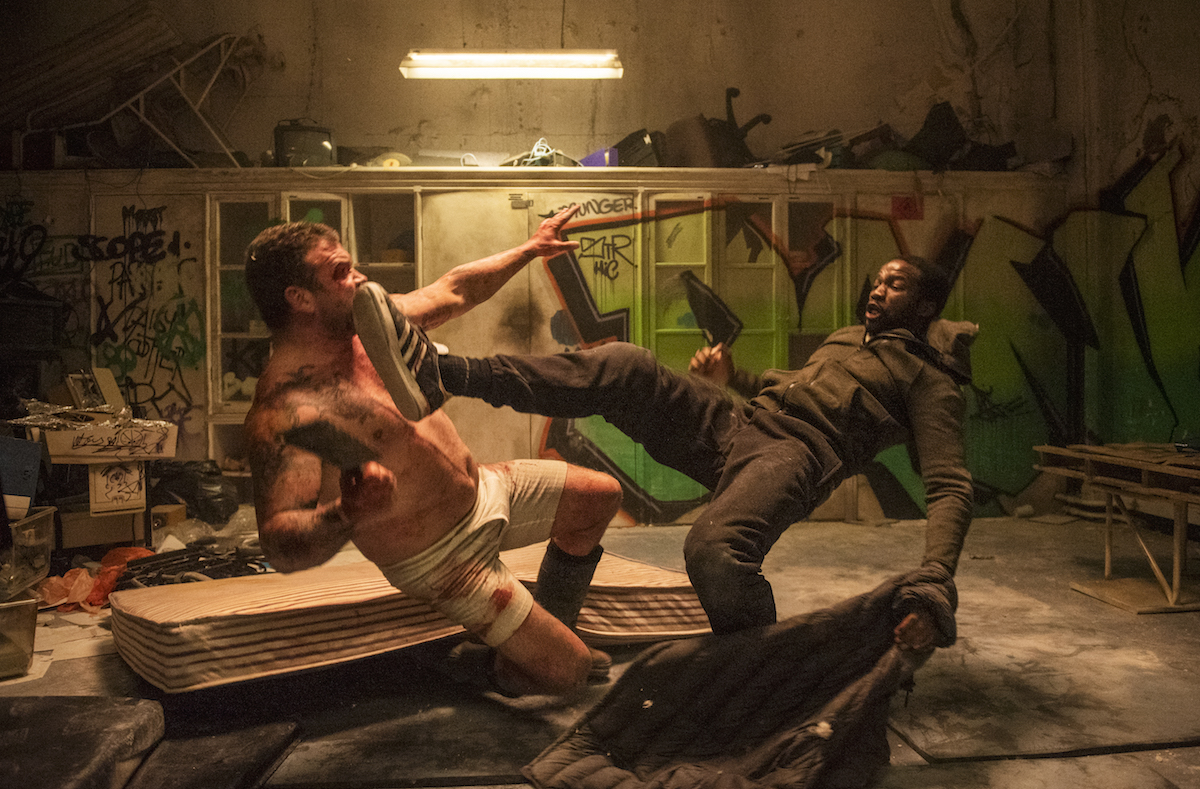 Gangs Of London’s first proper fight does a bang-up job of setting out the show’s stall: this isn’t just any old British crime thriller – this is a British crime thriller from the minds that brought us cult beat-em-up The Raid and its even more action-packed sequel. And so, around halfway into the Evans-directed pilot, we get one of the best bar brawls seen on the small screen so far, as undercover cop Elliot (Sope Dirisu) proves his worth to the Wallaces by taking on a pub-full of Albanian gangsters. A one-man army, he swiftly dispatches a series of goons using nothing but a dart, an ashtray and some natty martial arts – in much the same vein as you’d catch the likes of The Raid star Iko Uwais doing on the big screen.

Evans and cinematographer Flannery (who’s shot all of his pal’s previous features) have already proved they have a knack for capturing expertly choreographed, bone-crunching action on an intimate scale and, on this basis, they clearly haven’t lost their touch – creating what they describe as a “rollercoaster ride” of an action sequence that subverts what you might expect from a typical London gangster story. “To play up the tropes of a fight in a British boozer, but then to use an ashtray in a way that you’re not quite expecting…that’s the dark humour side of me,” Evans explains. “We wanted it to be fun, energetic and thrilling, so you can kind of get dragged along through that sequence and enjoy it.”

Elliot vs the Butcher (Episode 1)

Evans serves up action with a huge side of horror for the pilot’s second stand-out dust-up, which pits Elliot against a hulking nemesis inside a blood-splattered hovel – a confrontation that’s tonally miles apart from the bar fight. On interrupting gypsy boss Kenney’s henchman Lenn (Lee Charles), who’s busy chopping up poor young Ioan, Elliot is drawn into a terrifying fight for his life, as he faces off against a much bigger, deadlier opponent – who’s also half-naked, as if to emphasise the point.

It’s a classic David vs Goliath battle with rich cinematic roots – just like Bond vs Jaws or Rocky vs Drago, the tension comes from a fear that our overpowered hero might not actually win. Well, that and the wince-inducing swipes and swooshes of a bloody great big blade, of course. Evans ramps up the suspense, as Elliot desperately struggles to escape a grisly fate at the hands of a seemingly unstoppable adversary who’s twice his size. “It’s a bit of a beatdown, and it’s no escape from something,” Evans says. “It’s relentless, and it’s tormenting him. Weirdly, we shot the pre-vis [fight run-through] with the stunt guy in his pants as well…I don’t know why!”

Unwelcome: Bringing the Gremlins into the modern era
Even More DC Shows Have Been Axed at HBO Max
War Bodies: Cover and chapter one of Neal Asher’s sci-fi revealed
Fire Emblem Engage: How to Recruit Every Character
How Poker Face Solves a Modern Day Detective Show Problem