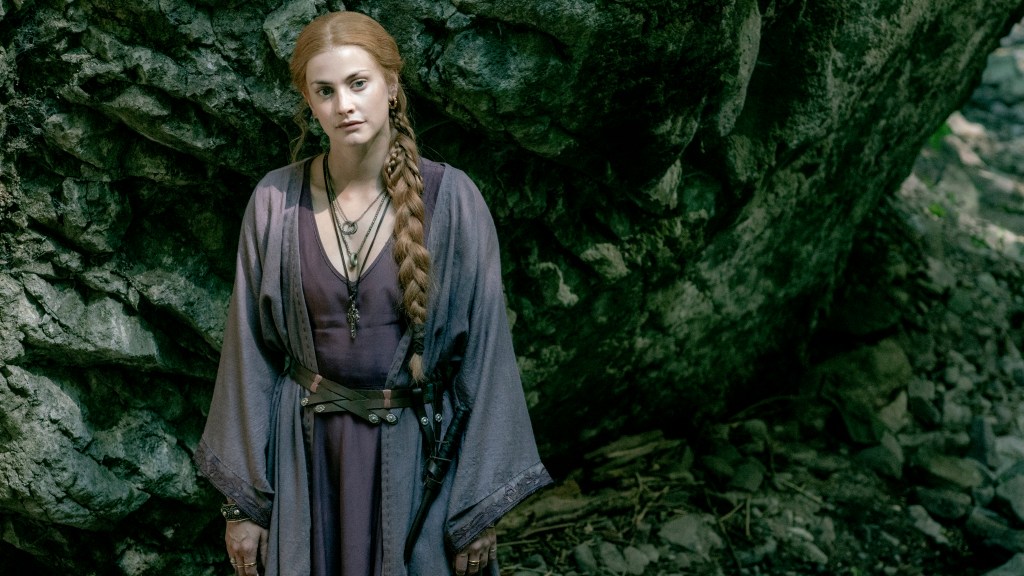 Jamie Blackley’s had several screen roles in his career, including TV parts in Misfits, The Halcyon and Catch 22, as well as film roles in If I Stay and Greed.In The Last Kingdom, he plays Eardwulf, the brother of Eadith (see above) and the troop commander of Ealdorman Aethelred of Mercia. Eardwulf is described in the book series as clever, handsome, ambitious and dangerous – a rival for Uhtred.

Making her screen debut in season four is stage actor Ruby Hartley in the role of Uhtred’s daughter Stiorra. Described physically in Bernard Cornwell’s books as tall and lithe with her mother’s long face and grave expression, Stiorra is also her father’s daughter and knows how to wield a sword. She has a love interest in season four, Sigtryggr Ivarsson.

Icelandic-American actor Eysteinn Sigudarson was recently seen in hit Icelandic noir Trapped and in the role of Lazlo in Alex Garland’s sci-fi thriller Devs, currently airing on Hulu in the US. He plays Sigtryggr, the love interest of Uhtred’s daughter Stiorra.

The Last of Us, Happy Valley: Our Best TV Show Recommendations January 2023
Where to Find a PS5 and Xbox Series X In 2023
The Last of Us: Can Ellie Infect Others?
Mr Breakfast Review: Living your best alternative life
The Last of Us: What Happens to Bill and Frank In the Game?