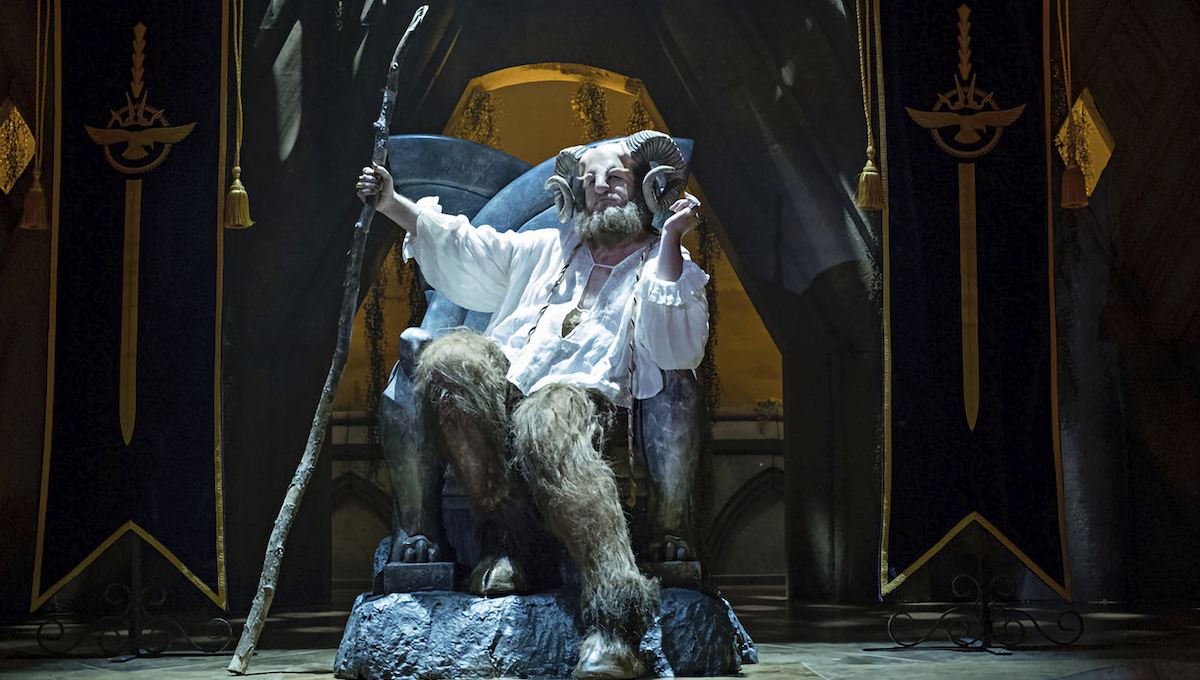 The same can’t be said of the much maligned Hyman, who has nevertheless always been good for a bit of meta-humor. With Plum presumably not skilled enough in Traveling to take the group to Vancouver, Penny’s decision to return the pervert ghost to his body provided an enjoyable exploration of the ups and downs of corporeal existence, and the group’s exploitation of his powers effectively mirrors Fen’s secondary status. However, in this case, Penny’s advice to “make connections” feels incredibly simplistic compared to the meeting of minds Eliot and Fen had, especially since Hyman is seriously hindered by his desensitization to privacy. By the time he makes the pivotal error of releasing Pyscho Fogg, thus losing the circumstance control panel, the storyline has lost all sympathy.

Probably the strongest subplot of this week’s The Magicians is the one involving Julia and her unborn child. In the wake of her escape from prison via her baby’s skills, it was quite a shock to realize that the psychic trauma of the pregnancy outweighed the benefits of being able to tap into the latent Traveling abilities. We’re used to seeing Julia stand up for herself, and Sir Effingham’s return to finally bestow the quest she was already undertaking was a reminder of her individualism. But when she scorned Penny’s protectiveness only to realize he was worried by virtue of his own mother’s insanity (and Hyman’s, too, apparently) after bearing a Traveler, the resulting reconciliation was truly touching.

On the opposite end of the spectrum was Alice’s and Kady’s quest to find the world seed, which was difficult to engage with given the extreme nature of their solution to the Dark King problem. As wonderful as it was to see Marina again, it’s hard to believe anyone enjoyed seeing Alice and Kady compromise their principles more than once to accomplish their goals. It was one thing to threaten Gavin, the Library’s Traveler whose skills Marina employed; it was quite another to leave Anna with a Marina restored to her deceptive self simply to gain the heist book which contains a long shot solution at best.

Obviously, The Magicians is aware of the flaws in this plan, but it’s still difficult to get excited for the final two episodes when the main characters aren’t quite acting like themselves. We’re fully prepared to be wowed by an end-of-series heist for the ages, but the setup lacked luster for sure. The Couple hasn’t really been fleshed out as a villain, and the rush to destroy Fillory as a solution to the Taker problem feels as misguided to us as it does to Fen. Perhaps the show will upend our expectations and go in a completely different direction in the finale, but whatever happens, hopes remain high for a satisfying ending to this great series.