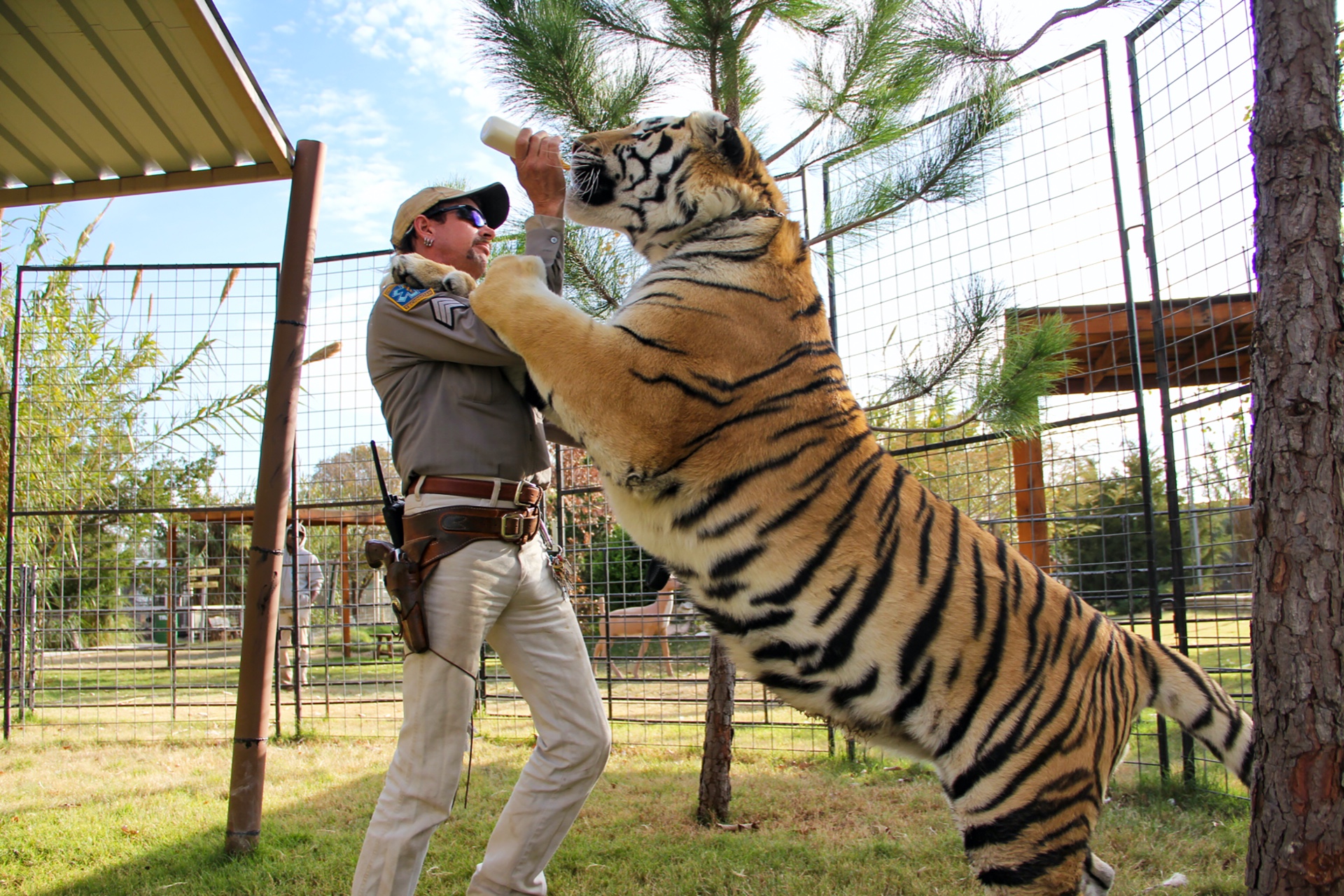 There are also plenty of updates that a new episode of Tiger King could include. As evidenced by Netflix’s tweet, the legend himself, Joe Exotic, is always available for a followup interview. News also broke last week that the Hillsborough County Sheriff’s office was seeking new leads in the case of Carole Baskin’s missing second husband Don Lewis. A representative from that same sheriff’s office told CNN that Netflix had approached them about doing an entirely new docuseries on Don Lewis’s disappearance. Truly, the amount of story that Tiger King can produce is inexhaustible.

Tiger King first premiered on Netflix on March 20, 2020, and likely would have been a hit regardless of when it arrived. But the fact that it just happened to debut right when large swaths of the world were forced into quarantine meant that its popularity spread like wildfire. The docuseries follows the story of eccentric private zoo owner and “Tiger King” Joe Exotic and his personal war against conservationist Carole Baskin. Along the way in this shockingly sprawling real life story, equally eccentric individuals are introduced like Joe’s two husbands, borderline cult leader Bhagavan “Doc” Antle, and a contract killer or two. Also, Carole probably killed her husband.

Unsurprisingly, Tiger King has proven to be a big success for Netflix with the streamer reporting it’s still the most watched series on its platform, two weeks after its release. One more episode should increase that memeable lifespan even longer.

The Best Super Bowl Commercials Featuring TV Shows
The Last of Us: Can Ellie Infect Others?
The Last of Us Episode 4 Review: Don’t Cross Melanie Lynskey
DC Movies and TV Shows: Full DCU Schedule
Why Dragon Quest Has Always Been So Much More Popular In Japan