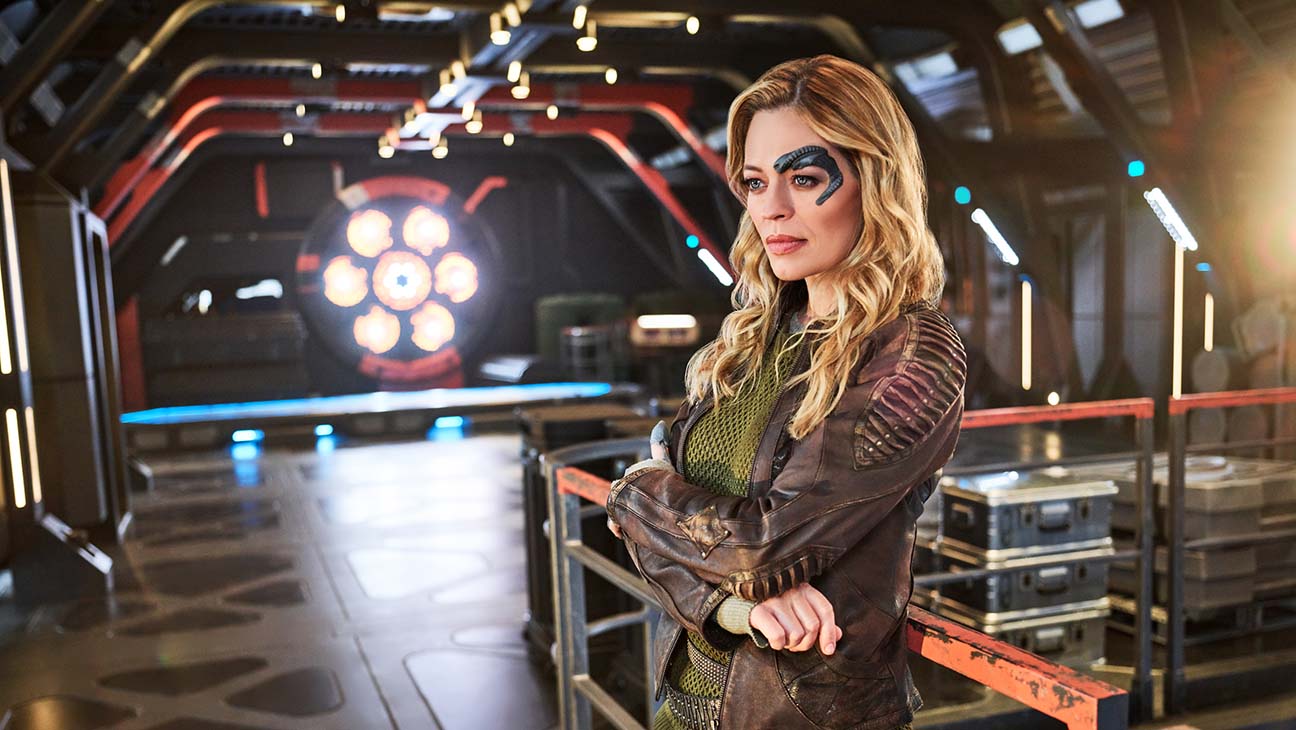 So, yeah, officially making Seven of Nine—a legacy character who remains one of the most popular figures in the entire Trek franchise—bisexual is definitely a big deal, and something that should be celebrated as an important step forward. (Gene Roddenberry, I think, would be proud.)

Furthermore, this twist shouldn’t necessarily come as that big of a surprise to viewers. As someone who was raised in the Borg collective from the time she was six, it makes sense that Seven wouldn’t necessarily have terribly rigid views about things like gender and sexuality. In fact, back when the character was first introduced on Voyager, there was a not insignificant amount of fan speculation that Seven would turn out to be gay, but for various reasons that development never panned out. It was television in  the 1990s, and many television executives apparently balked at the idea of including an LGBT character on something they viewed as a “family show.”

Instead, Seven was eventually romantically paired off with Chakotay, and the two were generally happy together. But Star Trek fans know how hard Seven had to work to reconnect with her humanity following her time as a Borg, so it certainly feels true to life that it might take her some time to figure out her precisely what her orientation might be, particularly once Chakotay was out of the picture. And any romantic or sexual relationship Seven may or may not have with Raffi would not negate or diminish Seven’s relationship with Chakotay. Both can exist as valid parts of Seven’s story.

In Picard episode “Stardust City Rag,” Seven helps Picard, Raffi and Rios locate Bruce Maddox on the casino planet of Freecloud. She, as it turns out, has a history with Bjayzl, the crime lord that’s taken him prisoner, and is known for her black market dealings in harvested Borg parts. She’s eager to dole out some serious revenge, given that Bjayzl is responsible for Icheb’s death. But there’s also a very personal sense of betrayal between the two that permeates every scene they share.

While the show doesn’t explicitly spell out the fact that Seven and Bjayzl had a relationship prior to Icheb’s death, it’s nevertheless strongly hinted that the two were intimate at one point. The two were close enough that Bjayzl knows Seven’s “real” (human) name, and that Seven trusted her enough to tell her about Icheb – and how much he meant to her – in the first place. It’s why Bjayzl’s betrayal hurts so much, beyond the mere fact of Icheb’s death. It’s because Seven, who has fought so hard to reclaim her humanity, put her fragile faith in someone who ultimately didn’t deserve it, and the only way she knows how to process the loss of that is to kill her.

The Last of Us: How Long Does It Take to Beat the Games?
Knock At The Cabin Review: Who’s there?
Gunther’s Millions: The True Story Behind Netflix’s Rich Dog Docuseries
DC Movies and TV Shows: Full DCU Schedule
Interview: Antonio Banderas and Harvey Guillen on Puss In Boots: The Last Wish